LACH RIVER STUD was registered in 2012 so we went looking for the best ram for us.

We found him in Dubbo, 2012. He was sashed as the Australian Ram of the year coming from Towalba Stud, Peak Hill. They named him Calendar, cutting 19kg of 22.3 micron wool. We did a big AI program for the first year, AIing 400 ewes to him with great results. His impact was outstanding and we’ve kept 130 ram lambs to him still in our flock today.

These young rams have gone on to breed very safe, heavy cutting sheep. We decided to benchmark our stud by showing in local and interstate shows to see where we were at. So far this year, Lach River rams and ewes have won Champion, Grand Champion and Supreme Champion ribbons at major shows (Sydney Royal Easter Show, Bathurst Show, Longreach QLD State Sheep Show, Crookwell Show and Taralga Show). We breed rams for our own flock, joining 10,000 merino ewes to merino rams, so we focus very hard on the type of sheep we want. Our top stud rams are cutting 18 to 19kg of wool with our young stud ewes cutting from 9-11kg of wool as maidens. 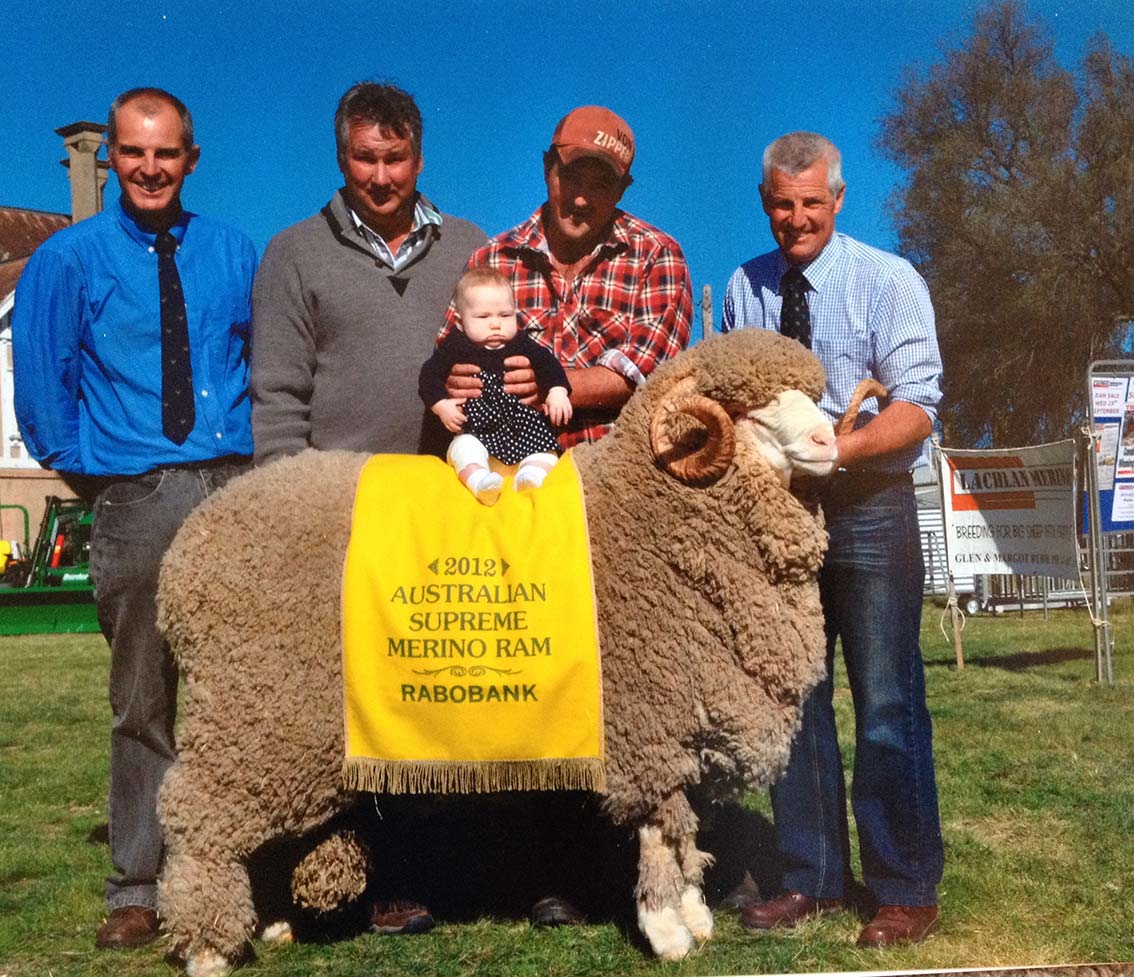